How did Frends grow its customer base from 400 to 3,000+ customers in two years? This story we shared at Breakit SaaS Summit. The Nordic region's most dynamic SaaS companies gathered to exchange experiences during this industry's largest annual event.

On October fifth, the Nordic region's most dynamic SaaS companies gathered to exchange experiences and inspiration during the industry's largest annual event. Of course, we're talking about Breakit SaaS Summit. The entire day at Cirkus in Stockholm was full of discussions, presentations, and debates. An exciting day ended with a gala where Sweden's top SaaS companies were awarded in seven different categories. A day and evening to remember.

Hundreds of participants gathered at Djurgården for this year's edition of the Breakit SaaS Summit. Among the booths inside Cirkus, experiences and successes were shared in inspiring meetings, and on stage, Breakit's CEO Camilla Bergman moderated together with Cloud Capital's founder Johan Crona.

Both interviews and current panel discussions were offered to an audience consisting of today's most successful SaaS companies. The first speaker on stage was Jens Nylander, founder of Automile, sharing his most instructive experiences about the billion-dollar business generated by the sale of Automile. The interview was closely followed by several exciting presentations on building brands, creating strong product teams, and dealing with potential future downsizing, of course in a mix with mingling and networking.

Frends was there to participate both among the booths at the fair and on stage. The company's rapid growth journey has caused many raised eyebrows. To answer how to sell with partners, Frends Country Manager Kristoffer Lundegren entered the stage in the morning to talk about how Frends grew its customer base from 400 to over 3,000 customers in just two years. It was a presentation that aroused the interest of many. "It has been really great," commented Kristoffer Lundegren at the end of the day.

We have received such a nice response on being here and to have been on stage. We have met many exciting entrepreneurs and interesting SaaS businesses, Kristoffer continues.

Frends' booth was full of activity where, among other things, a pitching contest was held. The focus was, of course, on Frends' offer. Many people stopped by to discuss why the Integration Platform as a Service is actually SaaS's best friend.

Max Söderlund is Partner Manager at Frends. When asked about SaaS companies' biggest challenges, he answers that it is rooted in the rapidly increasing amount of data.

Since the amount of data is constantly growing, so are the systems that SaaS corporations connect to. It requires a lot of resources and time to keep up and manage that in-house, which results in bottlenecks that delay the opportunity to meet new customers. We work on making the process of connecting different applications easier, which means that companies will reach the market faster while reducing the cost of ownership, says Max.

My message to the Nordic SaaS community is: Why focus on integration within the company when it only takes resources from your core business? Instead, outsource it to someone like us who can help you effectively build integrations of all your customers' systems, regardless of whether in the cloud or the data centers, says Håkan.

An intense fair day ended when the restaurant at Cirkus transformed into the evening's SaaS gala. Dinner, mingling, and an awards ceremony was on the agenda. Frends awarded the prize for this year's Product Team, a prize to promote product development within SaaS and contribute to Sweden's SaaS companies continuing to be at the forefront. Voyado stood as the winner with the following explanation:

"A company that solves a real problem for its customers. With modern working methods, they have created an agile environment where the staff can thrive, and a product with the customer in absolute focus". 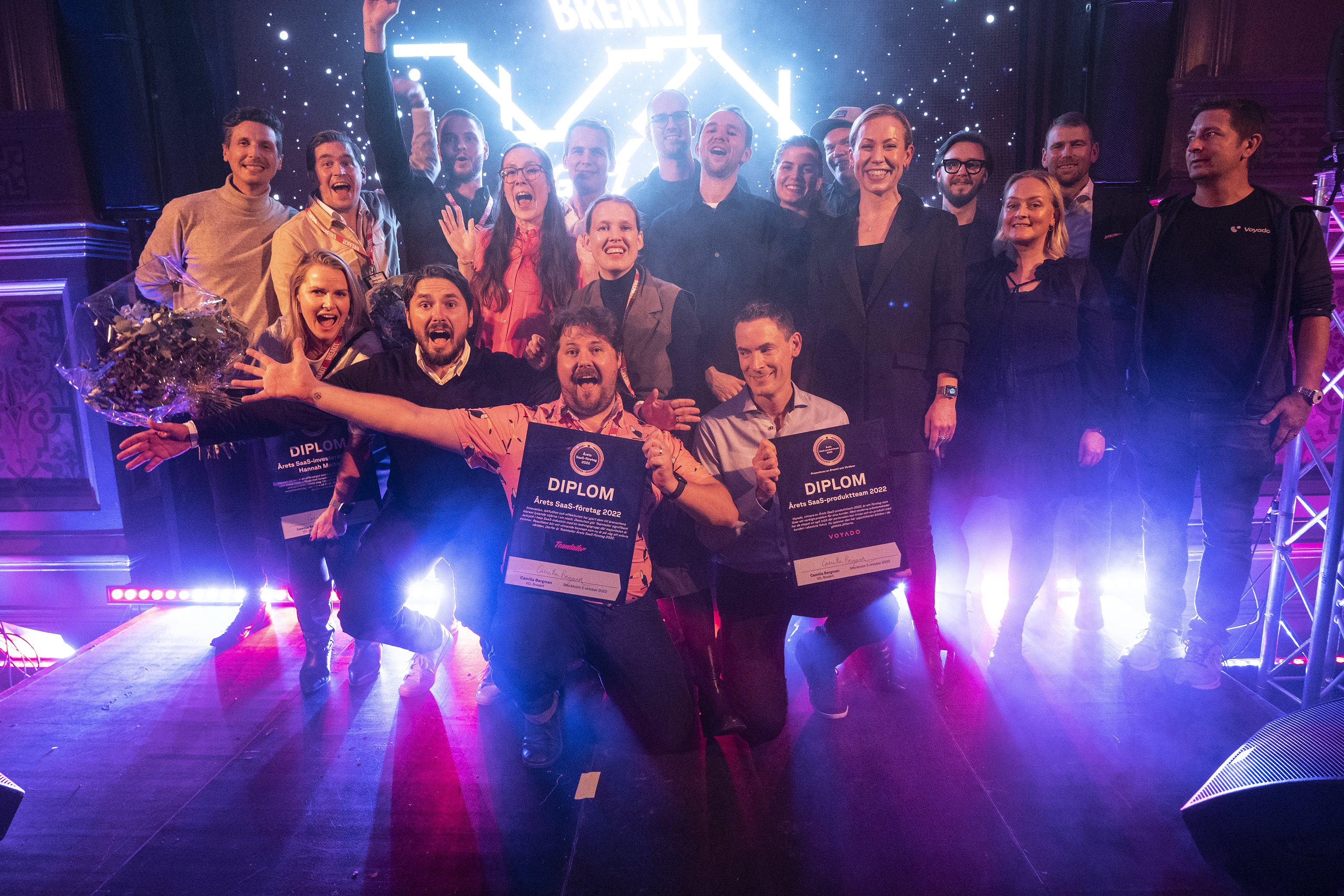 The Nordic region's most exuberant event for the SaaS industry is now over. But Frends sees the Breakit SaaS Summit as the starting point for an exciting autumn and winter.

It has been fantastic. I look forward to staying busy with all the follow-up meetings these coming weeks, Kristoffer says.

Why Frends is the best friend for SaaS companies

In a fast-paced business environment, it isn’t easy to plan for the future. In addition, managing integrations can often be time-consuming and expensive. In this blog post, we explain why Frends is an excellent choice for SaaS companies and scaleups.

Breakit SaaS Summit kicks off at Cirkus in Stockholm on October 5th 2022. Frends is one of two main partners of the fair and SaaS gala on the same evening.

Subscription services – are they the new black for startups and scaleups? In an insightful panel discussion, companies from two different industries shared the common pitfalls of scaling a company and how integrations are one of the keys to success.