The ultimate goal in implementing an API economy based business strategy is to profit from customers and third parties utilizing your API's as well as enhance your competitiviness by consuming other similar API's to create better products and services.

How did we get to an API Economy?

API Economy is not yet something that heavily directs business decicions for a vast majority of organizations, but as more and more companies adopt the API Economy mindset the industry will reach a critical mass at which point it will become almost mandatory for a successfull business to have API's.

Even though corporations and organizations have been taking advantage of API's for a long time, the smaller players in the market have been limited in their access to the API Economy due to the previously heavy investment involved in first publishing proper API's.

Smaller start-up companies usually already employ an API centric strategy as a de-facto standard, just go to Google and search for any start-up's that offer products or services - I guarantee that most of them also offer API's to access said product and services.

The reason why the API Economy hasn't really taken off yet are the well established mid-to-large range organizations who already have existing systems and IT investments. It has traditionally been difficult for these types of companies to make the radical shift required to enter the API Economy as the cost associated in making changes to existing systems and processes can be enormous.

Luckily new technologies such as API Management tools and other application tools to consume the same API's in an automized manner are starting to become more and more available to enable organizations to join the API Economy. 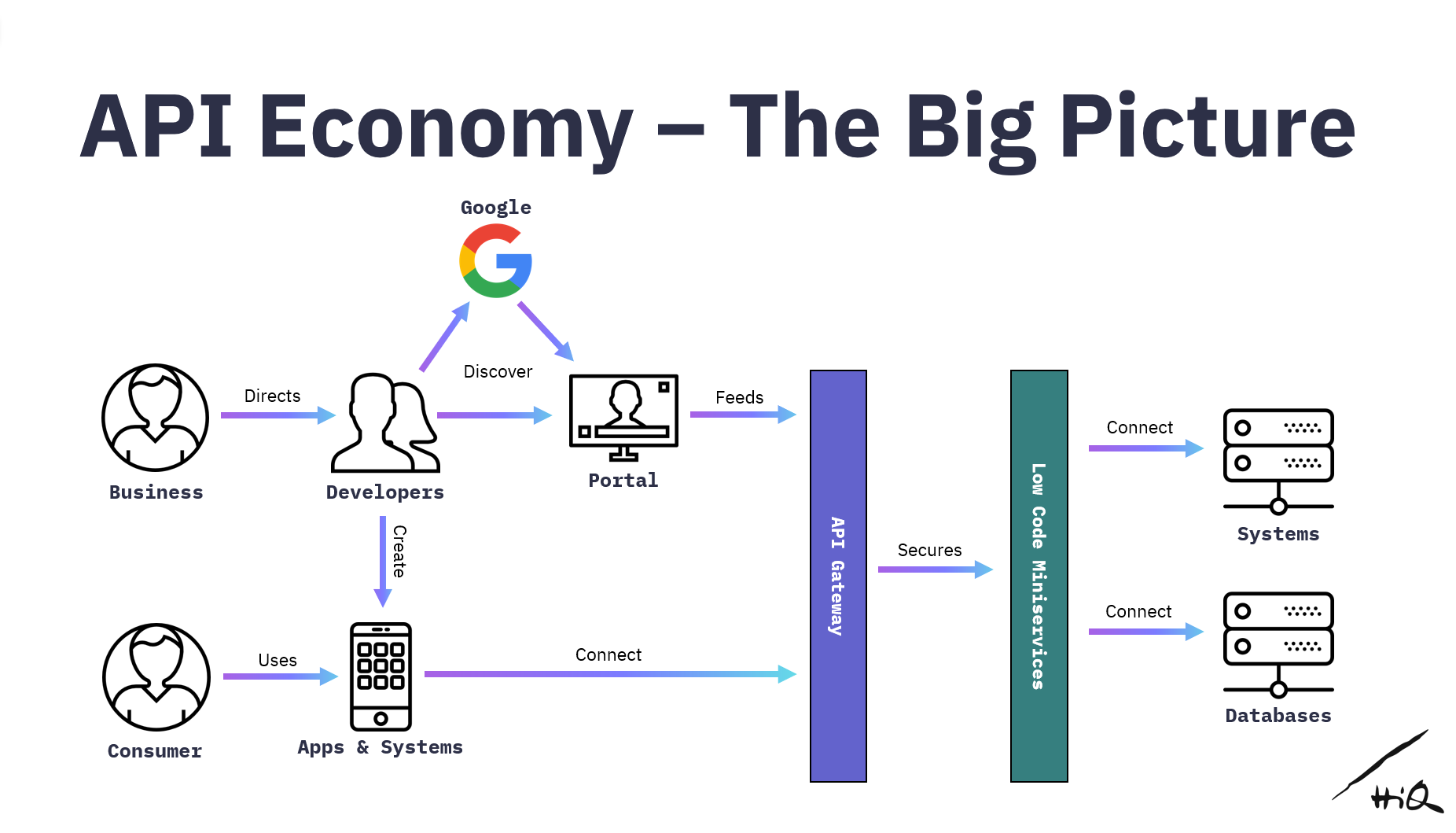 So why should I bother?

Generally speaking the financial motivation for an organization to join the API Economy can be split into three categories:

The idea behind API Monetization is that your organization has data or functions which is of value to someone else. A good example of this is the huge variety of weather services, as many businesses benefit from incorporating accurate weather data to their business processes.

A common approach to monetization is to offer some of the data for free to 'hook' the consumer of the data in and then gradually ramp up the cost of consuming said data upwards.

The next step in API Monetization is exposing actual business processes, services and proucts directly through API's into the global API Economy market. This means that theoretically your organization could function purely in the digital space, where for example incoming orders would be generated only through API's and those same orders would be fulfilled using the same set of API's.

The benefits here are the infinite scalability of your business through other players in the market who see your products and services as something that they can, for example, bundle up together to create something of more value.

A great example of this in the real world are all of those services which bundle up flights and hotel reservations in a single payer package, which in turn is then sold onwards by a third party website, just Google 'cheap flights and hotels' and you will see what I mean.

Just imagine all the physical goods delivery networks that have emerged as a result of increased online shopping.

How is that different from what we're already doing?

Now here is where things get really interesting as it's true that these kinds of synergies have existed in the digital market for a while now, but the new notion that API Economy brings to the table is that instead of working out the synergies yourself and implementing the technical capabilities afterwards the API Economy suggests that you should instead standardize everything and just 'offer it up to the world'.

This means that instead of you having to figure out what would be the best way to expand your business, you can leave it up to the market instead. This way unexpected new innovations will magically pop up and your business can expand into areas that you before thought impossible.

Developers and third party App Developers are your most important asset, because if they find your API's hard to use or simply cannot find them you have lost in the API Economy market before you even got started.

As such, an excellent organization makes sure that:

A pioneer in this field is for example Twitter, whose API's are often quoted as the basis for the advance in API technology worldwide.

Many technologies exist to help you out in this area such as global service repositories to list your API's in as well as tools to create developer portals to help developers consume your API's.

Where does this lead to?

A core conclusion of all of this is that the sooner you build up the capability to be a part of the API Economy the better, as with all things pioneers reap the most benefits.

Another major change in thinking this results in is the idea that your API's should actually be considered as products in and of itself instead of just technical things to enable more business.