RPA Done Right – Are You Getting Robotic Process Automation Right?

RPA, meaning robotic process automation, has been a trendy word in IT sales in recent years. With the help of the hype, companies have been sold RPA for use cases where other kinds of solutions would have been a better fit.

What should be done, then?

When RPA is done right, the process motor of the integration platform and simulation of human actions—for example, recording with an RPA tool—are used together.

RPA Done Right means using the right tools for integration, orchestration and workflow automation. This means using system interfaces whenever possible. Recording is used when this cannot be done. Examples of cases like these are missing or age-old and inefficient interfaces or logic embedded in the user interface.

Why should interfaces be used instead of simulation?

Simulation and recording is slow. Using code is many times faster.

Many of you have surely seen notes saying “robot at work, do not touch” on computers. During recording, the process will get interrupted and the work will stop if someone accidentally touches the mouse or there is a computer update during the process. Nowadays, user interfaces for SaaS services can change suddenly when new functionality is introduced to the services. Changes to the user interface disrupt the running of the robot. Finding out the reason for the disruption may also take a lot of work, which makes the problem more serios.

The format of the source material does not matter that much in integrations. Even Excel spreadsheets can be entered into systems with the help of message conversions and API calls.

Solutions built on the process integration platform offer a visual representation of each process and its contents during the running of the process. Compared to this, the robotisations done by recording are like black boxes that will only produce the result— which can be either the desired one or a wrong one. 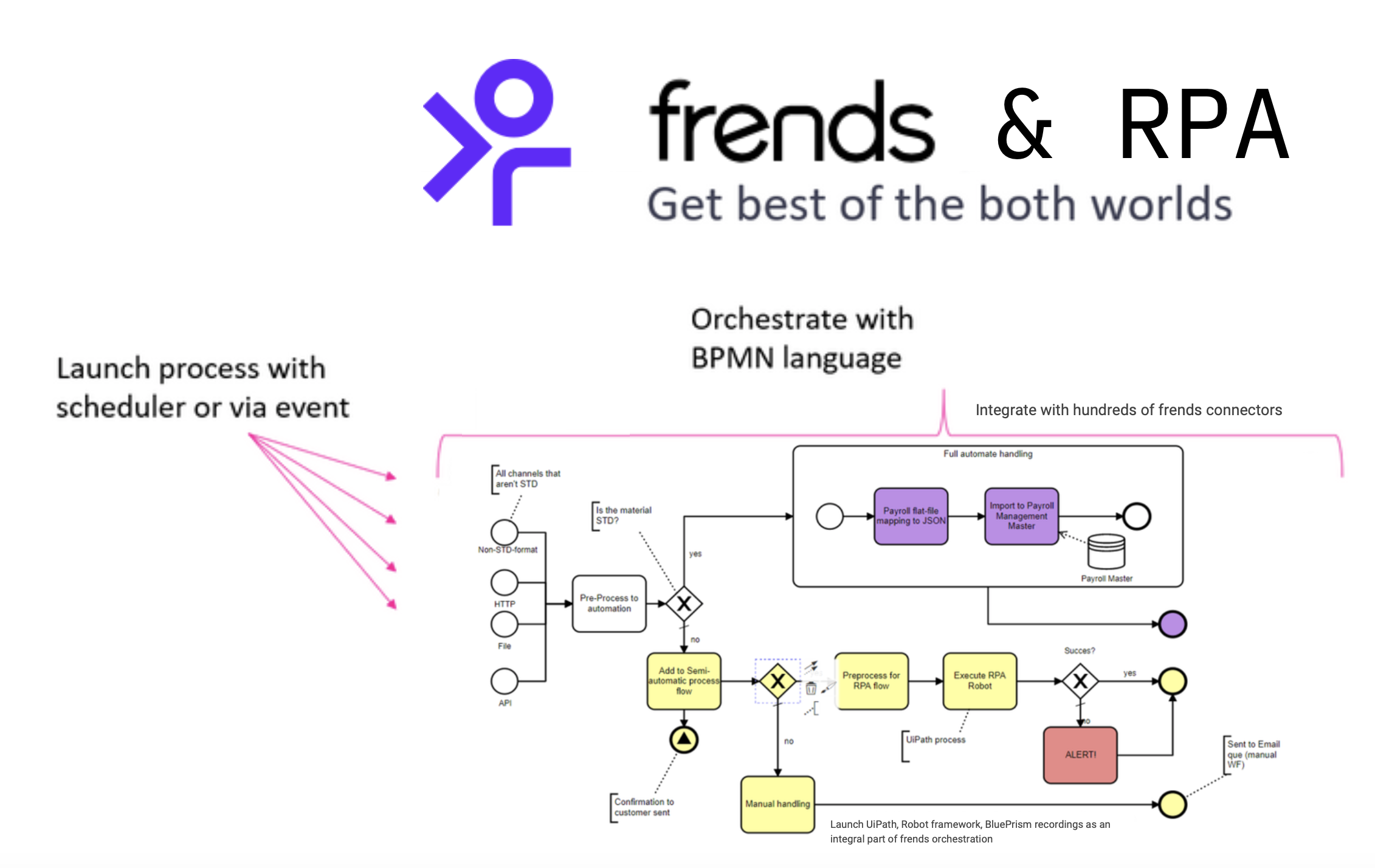 Our customers can have the best of both worlds. If orchestration and the workflow portion have been built on frends, you can run user interface recordings as part of a larger integration process. In this case, it is enough to use an executing robot to run the recording, and the organisation does not need to buy an orchestration module from the robot supplier. With frends, you can, for example, use UiPath or BluePrism robots as part of the overall integration process.